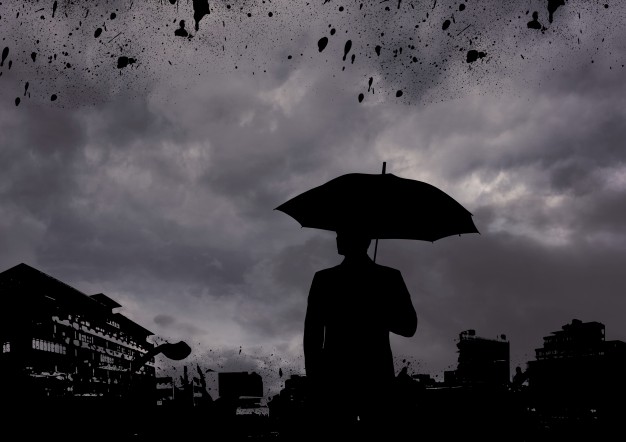 ‘For I now the plans I have for you,” declares the Lord, “plans to prosper you and not to harm you, plans to give you hope and a future.” – Jeremiah 29:11

I am not where I thought I would be five years ago. I always thought that by the age of 25 I would be married with one child; be a qualified Charted Accountant (CA) and live by the sea, preferably in Cape Town. However my reality is very different, with good reason.

Somewhere between fighting to get a degree and working for an audit firm, I realised that I was not cut out to be a CA. It began as a strong dislike for the “colour inside the lines” feeling Accounting gave me. With every year I spend at varsity, I felt my creativity slip away from me. I went from disliking homework, to skipping class, to not leaving my room at all. I was so engulfed in doing something I did not like, that I failed to grow in the areas I loved. I felt myself drift away from me, becoming something I did not recognise. The feeling was made worse when I began working in an audit firm. I watched as people slaved away at dreams that were not their own, all in hopes to earn a paycheck that failed to reward their level of dedication.

In the process of losing myself, I disconnected with what was most important: putting myself first. I became so desperate for stability that I entered the first relationship that came my way. Looking back, one can see that the relationship was no health. It began with changing small aspects of myself: what I wore, how much I weighed, what I ate. And then it grew into cutting off friends that were seen as a “threat” to the relationship. I ignored the signs that indicated that he was cheating because I was afraid to be alone. I began to think that he was right for looking at other women. I believed it when he said I was too fat, too loud and too stubborn. So this time I lost myself in someone in hopes that he would help me find my self-worth. I found myself begging a man to love me, as he decided I wasn’t worth his time. I had hit rock bottom!

At 25 I am trying my best to run away from anything Accounting related. I still have flashbacks of the relationships that almost broke my spirit, and I feel insecure every now and then. The fears of my past seem magnified in my present, but I know that it is just an illusion. A healthy relationship, direction, motivation and constant support from my family and friends are just a few of the things I take pride in having today. Yes I do have regrets. At time I day dream of changing the past. But the person I am today would never have come to be without the battles I had to win in the past.

Your past is not an anchor weighing you down; it is the wind in your sails, propelling you forward.

Black girls don’t get eating disorders; a myth that has been perpetuated by media, fully embraced by all communities and fogged the lenses of health professionals. I remember sitting across from my psychiatrist when she informed me that I was being hospitalised. I wasn’t sure how to react. I knew that I needed the help, END_OF_DOCUMENT_TOKEN_TO_BE_REPLACED